At today's Annual General Meeting of Kuehne + Nagel International AG, the shareholders present accounted for 83.66 per cent of the voting shares. All proposals were approved by a large majority.

Shareholders approved the situation report, the financial statements and the consolidated financial statements for the 2016 business year and followed the Board of Director’s proposal of a dividend of CHF 5.50 gross per share. Payout is scheduled from May 15, 2017 onwards. Additionally, the Annual General Meeting granted discharge to the Board of Directors and the Management Board for the 2016 business year.

In a consultative vote the shareholders endorsed the 2016 Remuneration Report.

The next Annual General Meeting will be held on May 8, 2018. 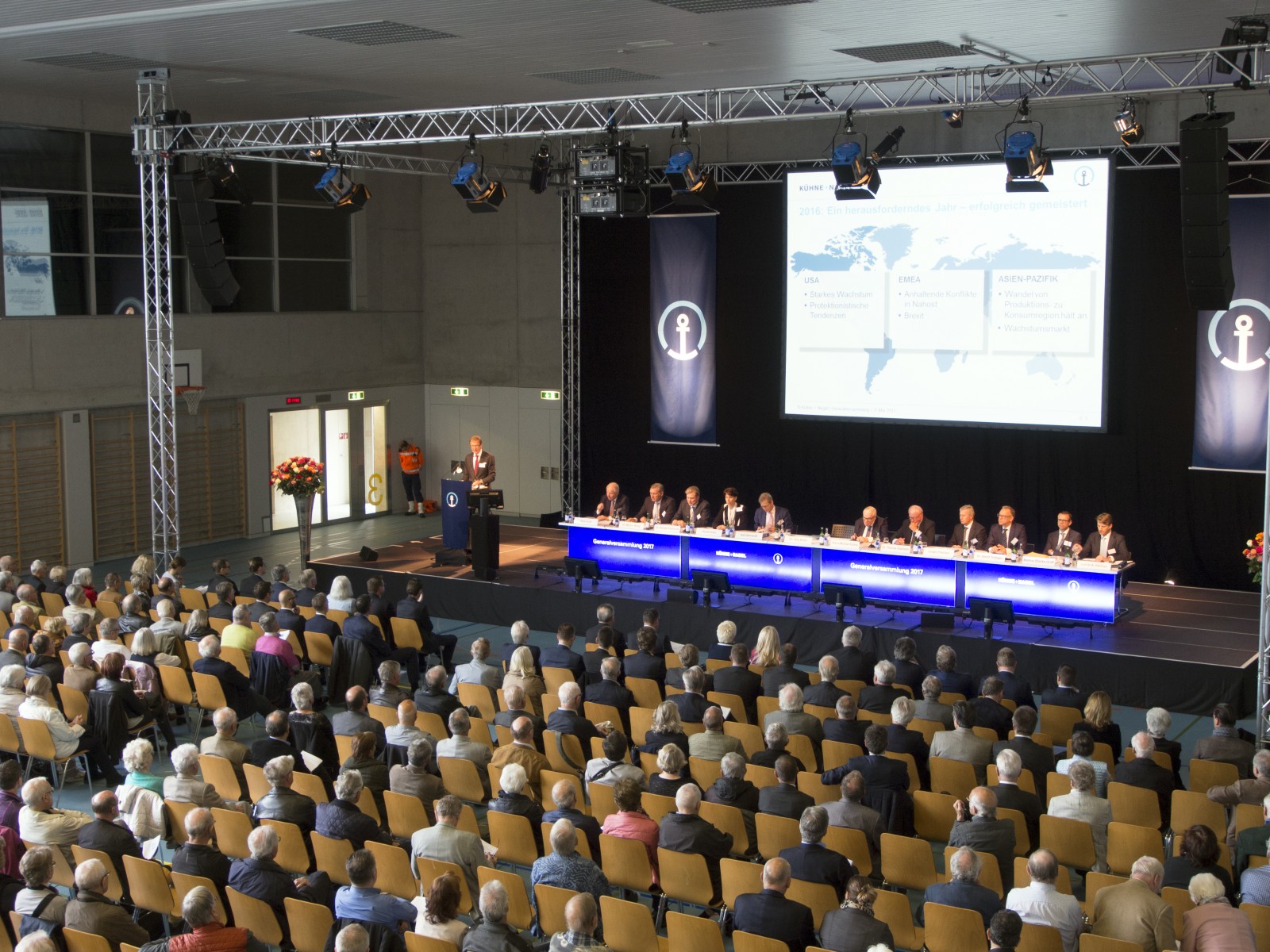