Kuehne+Nagel, one of the world's leading logistics companies, recently completed a mega operation for the construction of a natural gas treatment plant in the Azulão field, in Amazonas, which started the operations last month. In the pioneer project in Brazil belonging to Eneva, the fuel will be liquefied to be transported daily to the Jaguatirica Thermoelectric Power Plant, in Boa Vista, where it will be transformed into energy to supply more than half of the state of Roraima.

The operation, which has just received its operating license, will directly benefit local communities and the State. Among royalties and other taxes, the expectation is of more than R$ 720 million in collection for the entire operation period. The generated energy will supply Roraima, the only state in the country still disconnected from the National Interconnected System (SIN) of energy transmission, which therefore depends on local generation.

The operation included multimodal transport, by ferry and trucks, on routes of more than 500km across the north of the country. And for the construction of the installation, the company carried out the storage and transport of more than 10 thousand tons of equipment, with the collaboration of a multidisciplinary team from Kuehne+Nagel. To receive the equipment that made the construction of the project possible, the company used a warehouse with almost 5 thousand m² in Iranduba, AM.

“The project was a success, with 100% of the equipment delivered without damage. In order to transport the large amount of complex machinery with very specific characteristics, we developed an exclusive and made-to-measure structure, which made it possible to remove the “Cryoboxes” (modular natural gas liquefaction units) quickly and safely. This is one of the characteristics that we bring to Kuehne+Nagel, the ability to improvise and be flexible to meet the demands of our customers”, explains Gabriel Zorzi, director of maritime transport and project logistics for the company in Brazil.

The gas produced in Azulão will be liquefied in the treatment plant for storage and transported by cryogenic trucks, which will leave daily for Boa Vista, capital of Roraima. There, the energy generated by natural gas will be connected to the electrical transmission grid. The thermoelectric plant will add 141 MW to the electrical system, which is equivalent to more than half of the state's consumption.

Kuehne+Nagel and GSK deliver first joint vaccine shipment from Uruguay to Brazil
Shopping online? This is how you can do it more sustainably!
Kuehne+Nagel distribuye el primer embarque junto a GSK de vacunas desde Montevideo para Brasil
Kuehne+Nagel receives its first Boeing 747-8 Freighter “Inspire.” from Atlas Air
Kuehne+Nagel Vietnam recognised as one of the Top 100 Best Places to Work 2022 in Vietnam
Dr. Marc Pfeffer to join the Management Board of Kuehne+Nagel 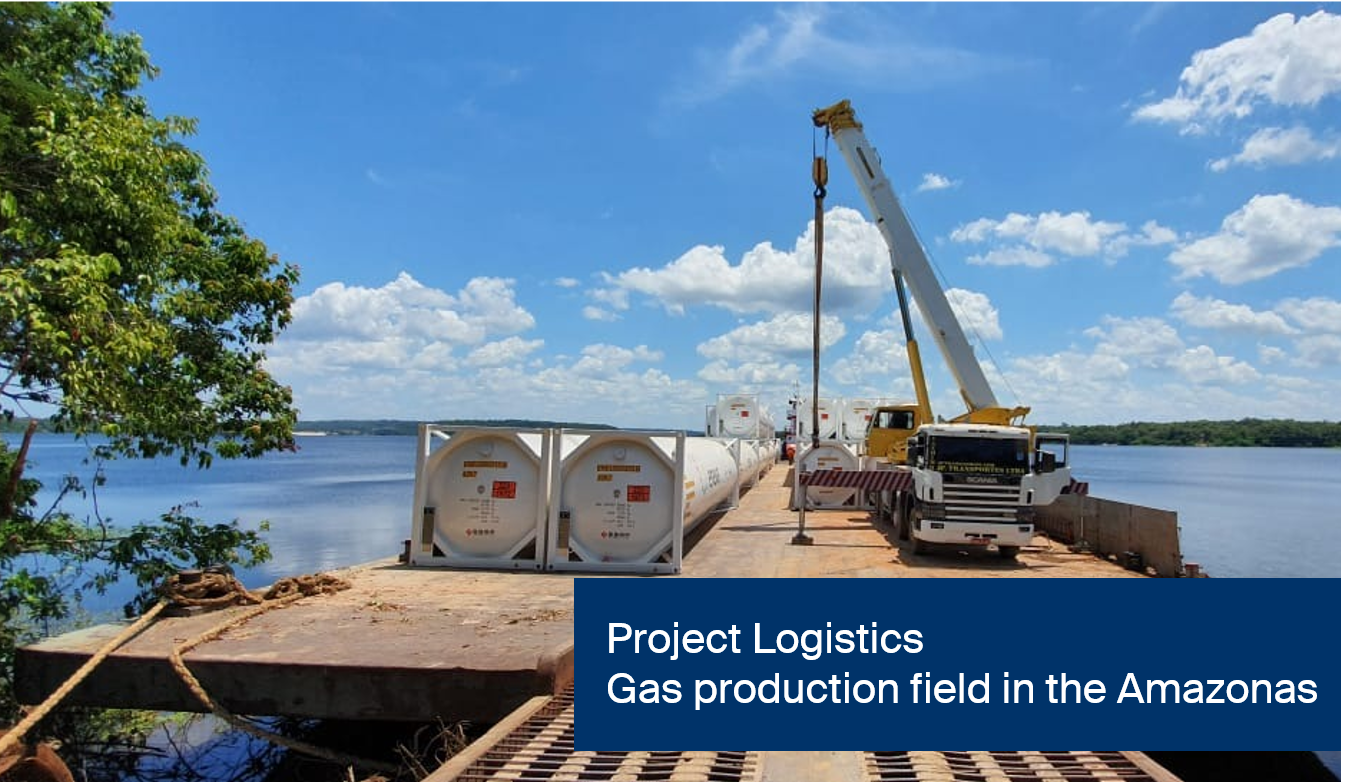 With over 78,000 employees at almost 1,300 sites in over 100 countries, the Kuehne+Nagel Group is one of the world's leading logistics providers. It operates in sea logistics, air logistics, road logistics and contract logistics, with a clear focus on integrated logistics solutions.